New York City, NY--- Alejandro Pozuelo scored an unbelievable penalty to seal the win and send Toronto FC to the Eastern Conference Finals for the first time since 2017. The penalty silenced the crowd at Citi Field and put an end to NYCFC's season after they had earned the first round bye following their first place finish in the regular season.

Heading into tonight's game, Toronto FC coach Greg Vanney was once again without the services of forward Jozy Altidore and central defender Omar Gonzalez, who both had been dealing with injuries. 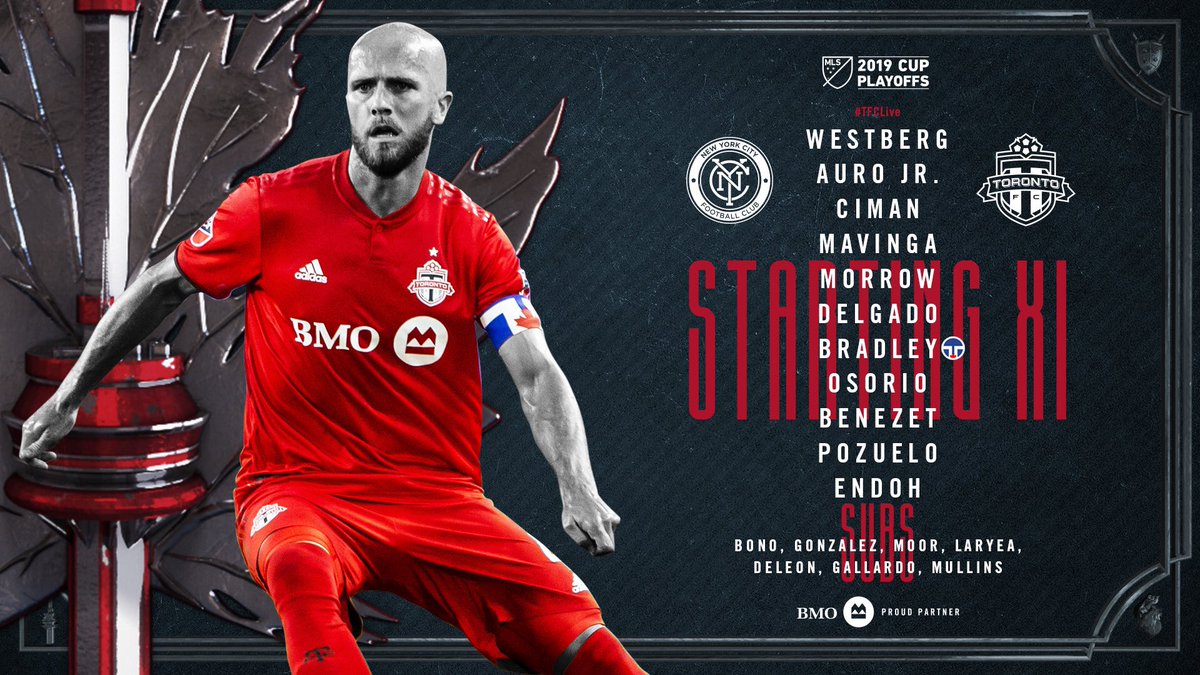 Toronto were the much better team in the first half and had plenty of opportunities to get on the scoresheet, but they couldn’t capitalize. They were finding success attacking from the wing with Justin Morrow finding some open space when he’d support the attackers in NYCFC’s box.

During halftime, Vanney noted that he was impressed by the team’s hard work in the opening 45-minutes and mentioned “We got to put in the same energy and the same fight and the same effort. If we can and get those chances back, hopefully we get something on goal.”

Toronto would do just that as Alejandro Pozuelo took advantage of miscommunication between the NYCFC backline that resulted in him intercepting the ball and struck the ball behind Johnson to give Toronto the 1-0 in the 47th minute.

Following the goal, Toronto would remain composed even when NYCFC played with more desperation and began pressing offensively and opening the game up. Vanney adjusted his lineup accordingly; he switched to a diamond 4-4-2 formation and subbed in Richie Laryea, who has become a reliable player and has caused many problems for opposing teams with his pace and tenacity on both ends of the pitch this season.

The home side wouldn’t go down without a fight as they’d get on they tied the game in the 68th minute when Ismael Tajouri-Shradi, who was unmarked, received a cross from Castellanos and struck it behind Westberg to even the score and build momentum for his team.

Just when it looked as though the game would be heading to extra time, Richie Laryea was taken down in the NYCFC box, resulting in a penalty kick being awarded to Toronto FC in the 88th minute.

Pozuelo stepped up to the spot and calmly struck a panenka kick that beat Johnson, to score his second of the game and sealing the win for Toronto FC. With the win, Toronto FC advance to the Eastern Conference Finals, where they’ll play the winner of tomorrow night’s match between the Philadelphia Union and reigning MLS Champions, Atlanta United.

Will Goldberg Capture the Universal Championship at WWE Super Showdown?