While most everyone knows that Jackie Robinson first integrated Major League Baseball in 1947 when he joined the Brooklyn Dodgers, the history of the Negro Leagues is not common knowledge.

After the civil war, baseball began to change from a casual sport played in athletic clubs to the formation of amateur leagues. While the integrated teams existed then, a decision made by the newly formed National Association of Baseball Players in December 1868, barred African-Americans from participation. 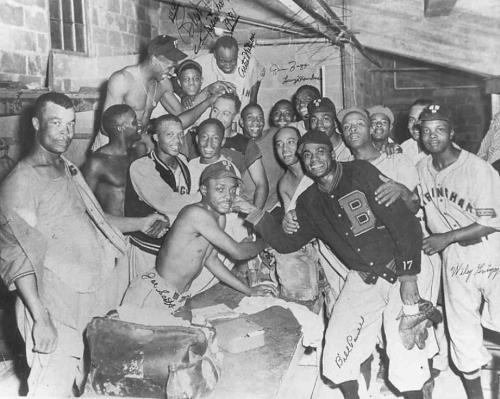 A year later, baseball achieved professional status and did not abide by the Amateur Leagues’ restrictions of African-Americans from participating. Despite no restrictions, fewer participated as the new century approached, and by 1900, no roster featured a player of color.

About the author - Mark Everett Kelly

Mark Everett Kelly is a two-time Emmy Award winner for his work as a researcher/producer at ESPN. He is also a 29-year survivor of a deadly, rare cancer called Rhabdosarcoma. Mark had to retire in 2008 due to the onset of Crohn's Disease & Lymphedema which occurred as a direct result of radiation & chemotherapy and is unable to work a normal job.

HELP SUPPORT MARK IN HIS BATTLE

(To learn more about Mark visit his website, www.CKMagicSports.com where you can find his book on surviving cancer "My Scars Tell A Story". To donate to Mark in his battle against the side effects of cancer treatment, please become a patron at https://www.patreon.com/m/HelpSupportCancerSurvivor.

African-Americans formed their own teams, such as the first-ever black professional team, the Cuban Giants in 1885. African-American teams participated as independent teams until the organization of the first all-black league in 1920.

The Birmingham Stars were one of the eight inaugural teams that participated in the Negro Southern League. The Stars, owned by club officer Frank Perdue who paid $200 to purchase them, changed their name to the Black Barons, referencing an all-white team that played in the same city 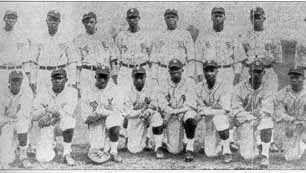 The Negro Southern League lacked the funding and organization of the Negro National League formed in the same year by Rube Foster. The Southern League was known as the minor league of the two.

The Black Barons roster consisted of players from the industrial leagues of Alabama. They played their home games at Rickwood Field, which still stands and is the oldest professional ballpark in the United States. The stadium was built in 1910 and hosted the Barons teams that played in those industrial leagues.

Most of the players that played in the industrial league came from sandlots and street teams around Birmingham. A significant number of players came from the steel industry. Elmer Knox, a native of Anniston, Alabama, and member of the Atlanta Black Crackers identified the steel industry as developing more Negro League players than any other industry in the country. Among those included Dan Bankhead, who became the second African-American player to join the Dodgers in 1947, and whose roommate was Jackie Robinson.

In 1923 the Black Barons joined the Negro National League and, by 1925, were full members. The players that put on the Black Barons uniform in the 1920s changed baseball history, and many found themselves inducted in the National Baseball Hall of Fame in Cooperstown, NY.

By 1960 the Black Barons faded into a barnstorming team due to the successful indoctrination of African-American’s into MLB. However, without the sacrifice of those industrial league players, steelworkers, and others that dealt with inconsistent economics and statistics, who knows how long it would have taken before African-Americans got their long-deserved shot in MLB.

Acknowledgment: Special thanks to www.birminghamnslm.org/, www.encyclopediaofalabama.org/, www.blackpast.org/ and “Birmingham Landmarks: People and Places of the Magic City” by Victoria Myers.

Is Tom Brady the Greatest Individual Player in Any Sport?