I'm a Yankee fan. Been one since Don Mattingly played first, Golden Girls were still airing new episodes and Super Nintendo was the king of the video game market. When the team had a shot to go to the World Series in 2017 after an 8 year drought I was excited. FINALLY, the team has a chance to get back on top. Instead they were defeated in 7 games by the eventual World Series champs The Astros. A likeable, scrappy bunch of guys lead by players like 5'6" eventual regular season MVP Jose Altuve that made losing to the 'Stros a bit more palatable. Look how tiny Altuve is there, how could you not like a guy like that? 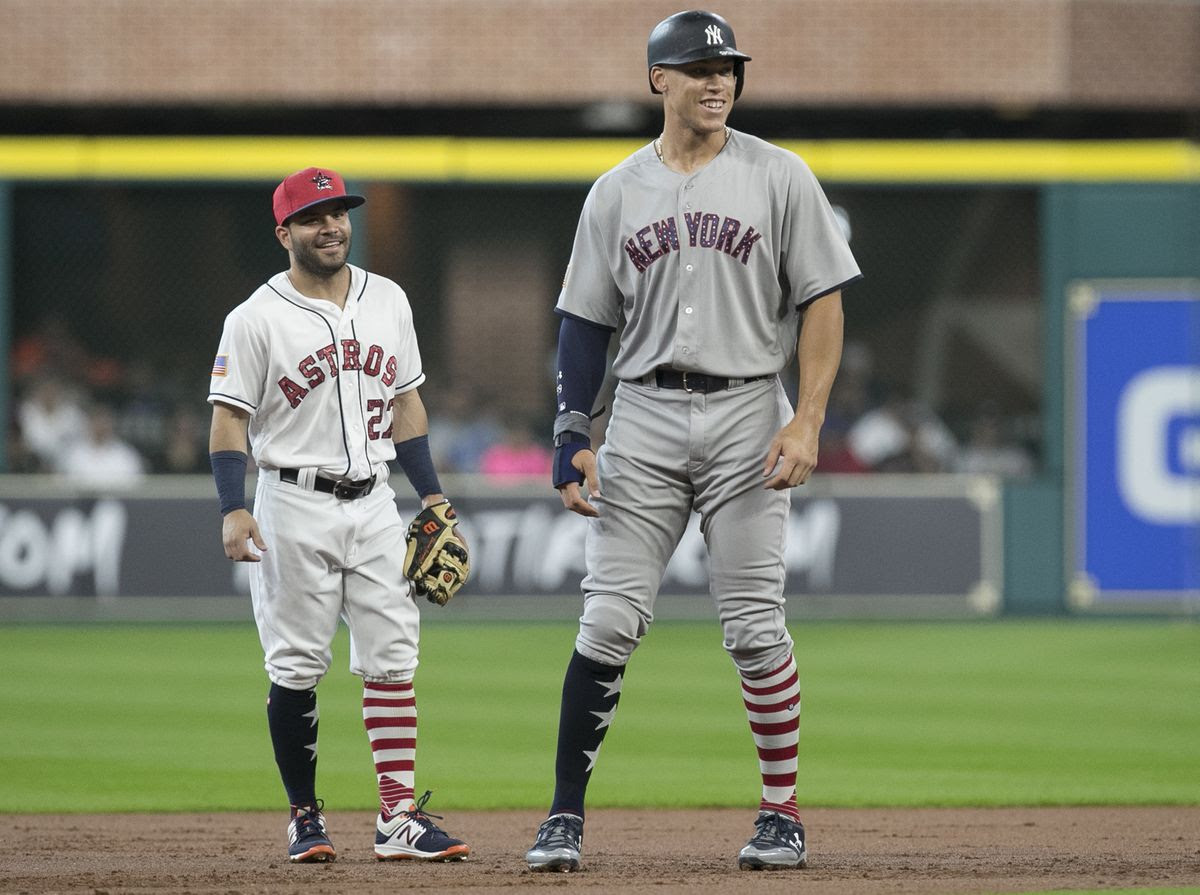 You know what happened then. Word spread about a massive cheating scandal the likes of which Major League Baseball had never seen that had given the Astros a tremendous advantage at home (the 2017 playoffs they went 8-1 at home, yet only 3-6 on the road). Thanks to the testimony of players like Mike Fiers and the power of the internet (and in particular one of my favorite YouTubers Jimmy "Jomboy" O'Brien) we learned how they cheated their way to their first World Series win.

This year is different. Covid changed everything for most everyone; including myself. And here they were, the Astros being one game away from their 3rd trip to the World Series in 4 years and I found myself painfully respecting them a little bit. Hating myself for it; rooting against them every step of the way, but respecting them in spite of that. Here's 3 reasons why: 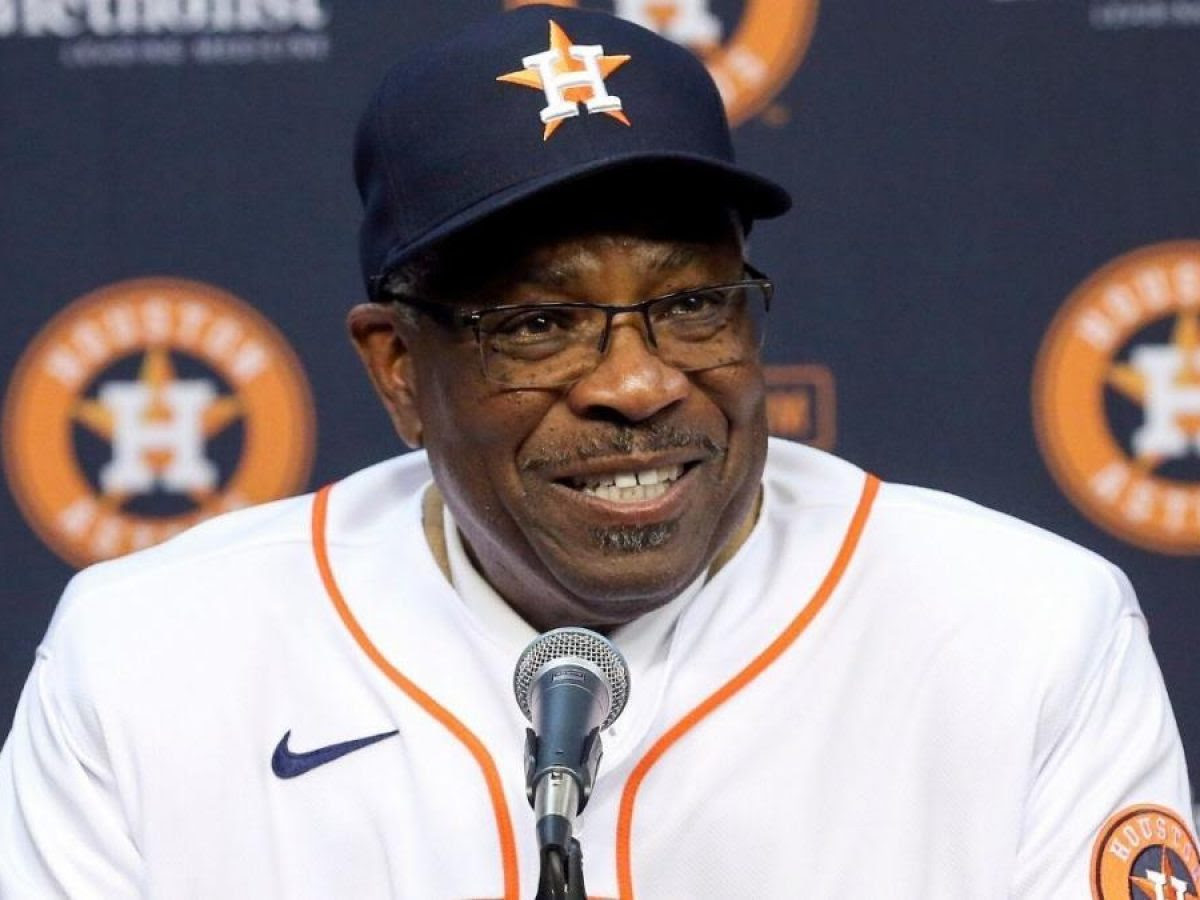 1) Dusty Baker. I've always been a fan of Dusty as one of the absolute class acts of the game and someone who's had several near misses as a manager; most notably in 2002 with the Giants losing the World Series in 7 games & the following year with the Cubs. He was the perfect manager to hire to repair the reputation of the Astros. I feel bad for him (only him) for the fact they didn't get back to the World Series. 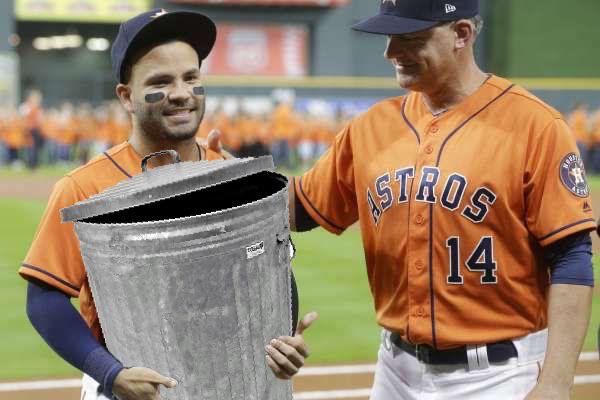 2) This is the one that people I figure will disagree with me. Emotionally it's tough being a pariah. As people, I do feel bad for them a bit. 5 years ago I was a contestant on America's Got Talent (seriously, look it up) and was an epic fail. 4 thumbs down from the judges, booed by 3000 people in attendance and 11 million people to see it all. For two weeks I was trolled by people all over the world and lapsed into depression for it. I know what AGT did to me so I can't fathom as a person how tough it is to have to deal with that level of resentment. We are all of us people and having to deal with being hated; even for things you bring upon yourself; is difficult. However some seem to thrive in that environment, like Carlos Correa whose chosen to dig his heels in the dirt and relish the role of the hater. But I'm confident underneath all the swagger, even a person like him emotionally feels the hate internally.

3) They were an underdog, even a (GASP!!!) Cinderella team. As a society we have a thing about underdogs. We generally like them. And the Astros were an underdog this year. They'd have to succeed without cheating and were destined to fail. And again, had this not been a Covid year they would have. But this was the first year that teams under .500 completed in the expanded playoff format (the Brewers were the other one and quickly gone) and no one expected them to have a shot. Beating the Twins was an achievement, but the Twins lost 16 games BEFORE being swept by the Astros. Meh. Beating the A's in 4? That turned some heads. Taking the Rays to seven games after being down 3-0; being one hit awa from becoming the second team in MLB history to come back from being down 3-0 and win the series? That's downright impressive.

To recap, I'm still pissed about what they did in 2017 (as well as 2018 and "allegedly" 2019) and haven't let them off the hook for that. But I couldn't help being impressed by them while rooting against them every step of the way this season. Of course, if it turns out that they've cheated again in 2020 then they can bugger off; partly because I'll look like an idiot for writing this article.